Hey guys! Hope you’ve all had a good week? I cannot believe how quickly January has passed us, I’ve already started my final term of university and am currently planning my dissertation! Honestly, I still can’t get my head around it.

For this week’s post I thought I’d do a little round up for January and try and make this a monthly thing on jessiecrescent. I got into the swing of uploading monthly favourites last year but I thought to add a bit more to that I’ll also talk about the things that I didn’t like as much. I still have a lot of favourites to share with you guys but there were some other things that I did not like.

This month I have watched two series on Netflix, one of them I got into because of my boyfriend and the other because everyone and their mum are talking about it and watching it. The first was Lost in Space which is an american sci-fi series based on a reimagining of the 1965 TV series under the same name. I was not aware of this when I first started watching it and normally this isn’t the type of TV show I would watch but it hooked me and I really liked it.

The other show I became obsessed with (as many of you might have as well) is YOU. This show grips you from the start and my whole house were raving about it. If you haven’t seen it then you are missing out as it is one of the most viewed Netflix shows along with a new one called Sex Education which I’m about to start watching. 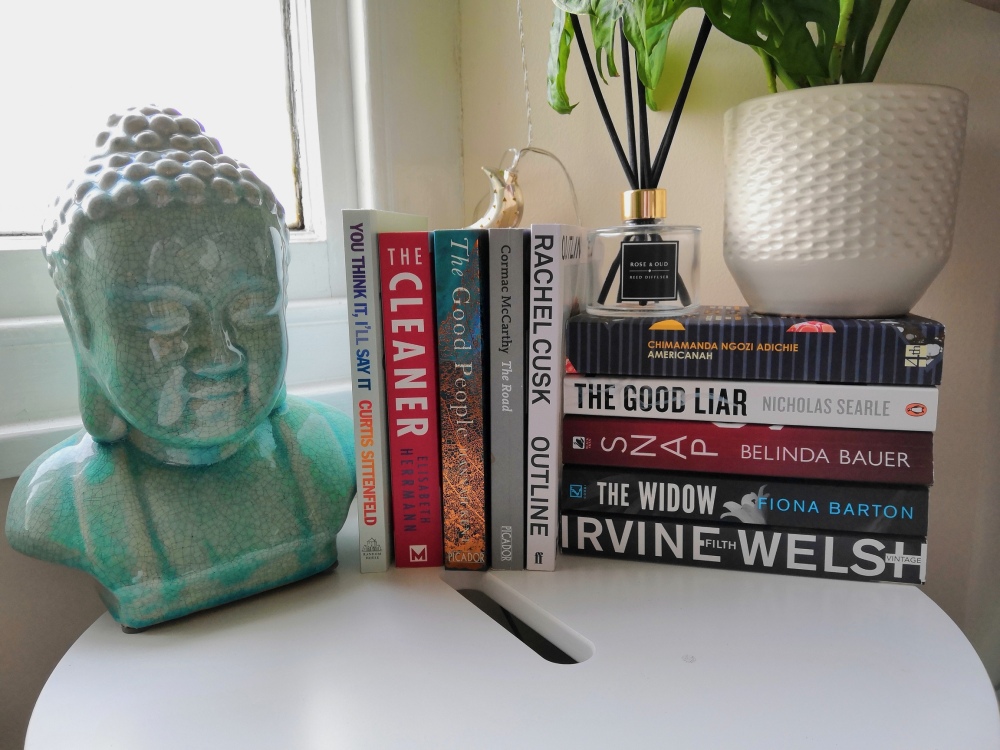 The Widow by Fiona Barton – This was the first book of the year that I read and I’m so glad I got back into my reading swing with a good book. The Widow is a dark crime thriller and is Barton’s debut novel. It is an excellent read and I struggled to stop reading at some points – that’s probably why I finished this book so quickly. The book uses multiple narratives which as a hard thing to do knowing from personal experience. Sometimes this POV technique takes away from the piece and can be very disruptive however Barton writes this way with ease and it’s a great book to start with if you want to get into crime/psychological/thriller novels.

SNAP by Belinda Bauer – I was really excited to start reading SNAP – the concept and plot both seemed really intriguing however I struggled to get into this at the beginning. I’m not sure why – possibly because I picked it up as soon as finishing The Widow. The pace then picked up and I got really into it and enjoyed it. (Also can I just say the beginning wasn’t bad, I think it has one of the best openings that I have ever read, I just don’t think the pace was there for me) I enjoyed it up until things got confusing, and by that I mean I think Bauer had loads of thriller ideas in her head, which she knew would never amount to actual novels so decided to throw them into this one. It’s a confusing read which sadly let me down as I was expecting more considering it was long listed for the Man Booker Prize.

This is Going to Hurt by Adam Kay – This book. Wow. That’s all I can say! This is the first book I have ever given 5 stars to on goodreads and there’s a reason everyone loves it. I got this book for christmas and even though it isn’t the typical book I read, I would highly recommend it to anyone I speak to! This is Going to Hurt is a book made up of journal entries that were written by Adam Kay during his time as a junior doctor with the NHS. It’s hilarious and I didn’t want to put it down. I honestly had no idea how it was going to end and even though you know from the get go that Kay left the NHS the reason why hits you hard. It’s heartbreaking end is perfectly balanced with funny anecdotes from Kay’s time on Labour Wards (anyone else read this and is now scared to have a baby? Or just scared to get old?). If I could recommend one book this month it would be this masterpiece and once you’ve read it you’ll know why!

Currently Reading: The Haunting of Hill House by Shirley Jackson

A couple of songs I’ve had on repeat are: Peggy by Orchards | Toluca Lake – Imad Remix by Tep No and Imad | Little Light – acoustic version by Lewis Watson | Medicine by Bring me the Horizon | Get It Right (Ft. MO) by Diplo | Blue Skies by Idle Eyes & The Restless Nights | Learn to Let Go by Welshly Arms

Much like the music I’ve been listening to, my beauty routine this month is made up of some old favourites and new products that I’ve tried out. Like I always do I’m going to go in order of use. 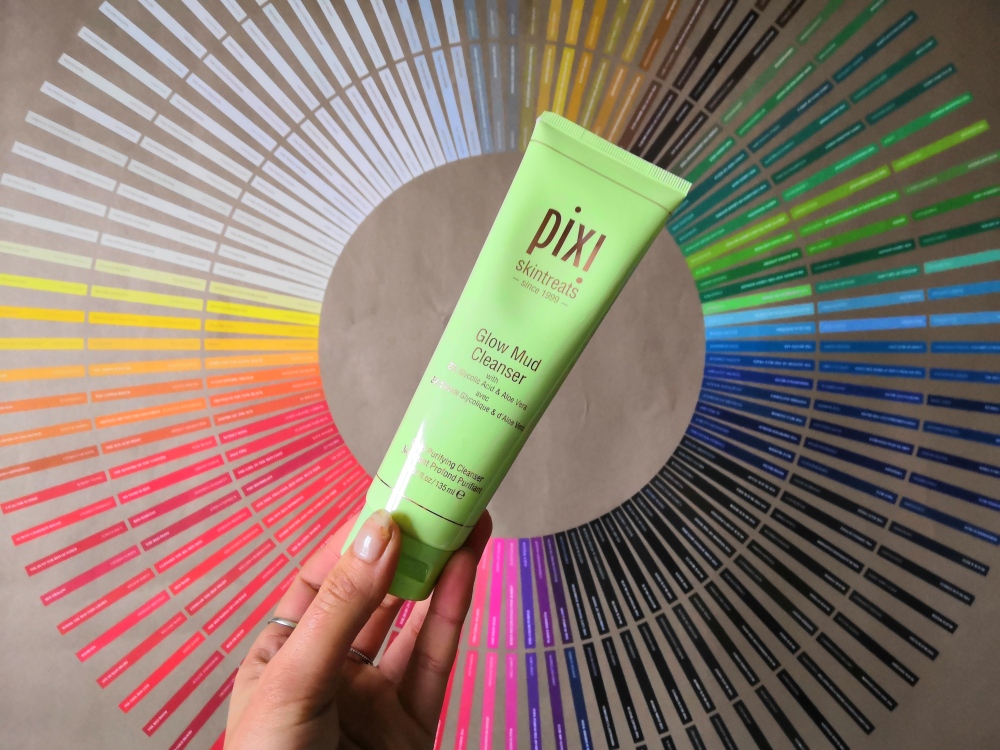 For cleanser I am still loving the classic Oskia Renaissance Cleansing Gel which I have spoken about numerous times here but I just can’t fault it! I recently purchased the Pixi Glow Cleanser which I’ve used a fair bit but haven’t made up my mind about at the moment – I like it and think it does a great job of deeply cleansing the skin however, I have recently had a couple of breakouts which seem to be hormonal and stress related but I can’t help but feel like it’s because of something new I’ve been using. This cleanser and the Clinique iD moisturiser are the only two new products I’ve used but the breakouts started before using the moisturiser. I don’t want to stop using the pixi glow cleanser as all the reviews have said that it cleared up their breakouts so I’ll keep trying it and give a full review when I’ve used it more. 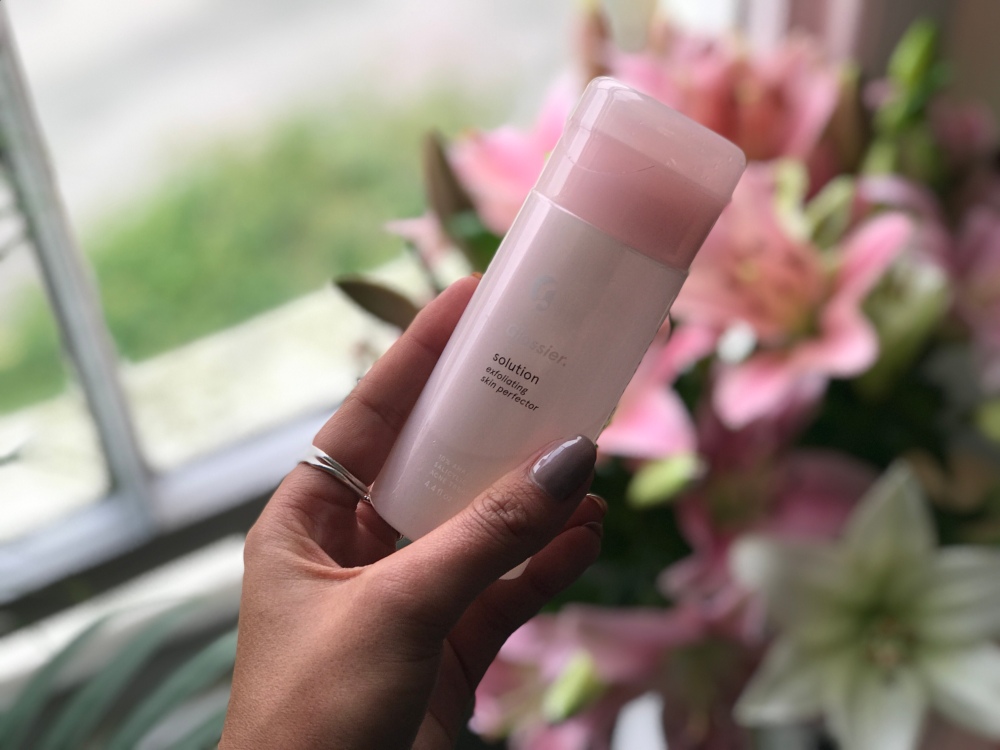 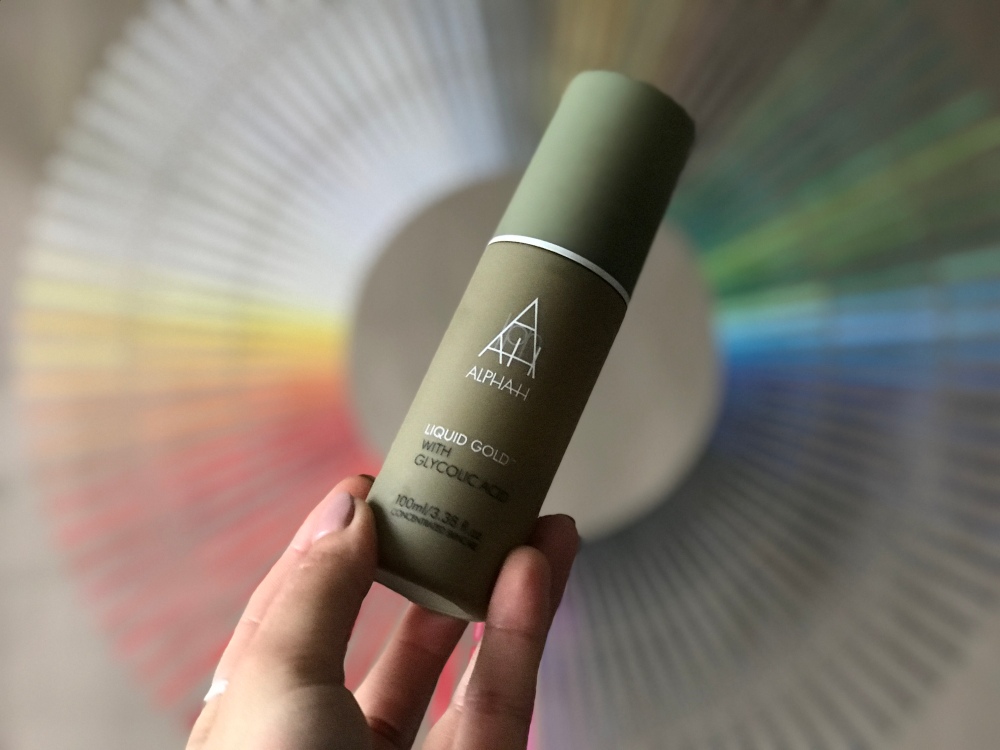 Toners are the same as always – the Pixi Glow Tonic or the glossier solution in the mornings and then occasionally the Alpha-H Liquid Gold in the evenings. I’m happy with the toners I have on rotation at the moment and am not looking for anything else to use in this department. 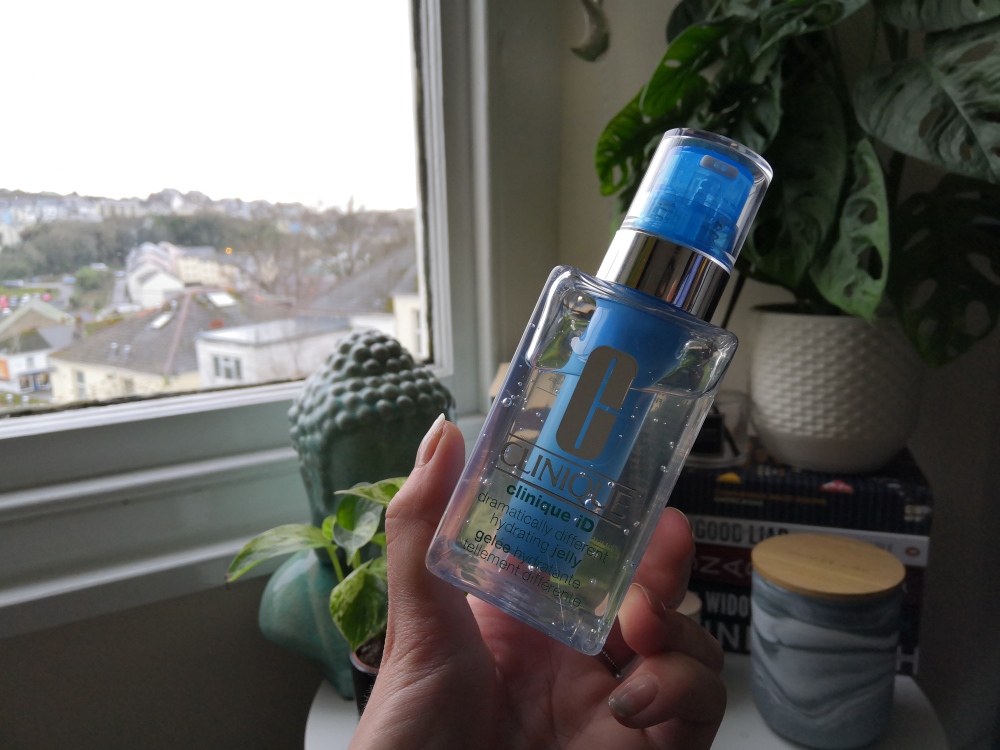 After finishing my favourite dermalogica moisturiser I thought I’d try something new and had heard a lot about Clinique’s new iD moisturisers which is a customisable moisturiser. I have used a lot of Clinique’s products in the past so know them fairly well as a brand and thought I’d give this a try. You have probably seen a lot of beauty bloggers talking about this product and if not have you been under a rock? The moisturiser is available in 15 different combinations – 3 bases to choose from (the classic moisturising lotion, the oil-control gel and the hydrating jelly) and 5 active cartridges all formulated for different concerns. The purple cartridge targets lines and wrinkles, the blue cartridge targets uneven skin texture and pores, the orange contains caffine to fight tired skin, the clear cartridge targets uneven skin tones and brightens the skin and finally the green targets irritation by calming the skin. I think this is such a clever idea and after going into my local boots and spoke to the lady working on the Clinique counter we chose the hydrating jelly as my base with the blue cartridge for my skin due to pores being my biggest skin concern. I am in love with this moisturiser and so happy I decided to try it. Although I have only been using it for a short while, I have noticed my skin texture seems a lot more even and my skin feels hydrated all day. I can’t wait to use this more and tell you guys about it!

What have been some of your best bits of January? Thanks for reading!